Visually impaired students and pupils in the West Region of Cameroon can now study alongside their sighted peers, thanks to the presence of a Resource Center for Inclusive Education now operational at Lyceé Classique de Bafoussam (Government Bilingual High School). The Pioneer Center is financed to the tune of FCFA 13.8 million by the Liliane Foundation in the Netherlands via the Cameroon Baptist Convention (CBC) Health Services.

The inauguration and handing over ceremony took place on May 2, 2019 at the college premises in the presence of the representatives of the Ministers of Secondary Education and Social Affairs, authorities from the CBCHS, the CBC Education Secretary, Regional Delegates of related services, exciting students, Principals from some Government Colleges in the West Region and NGOs working with persons with disabilities among other dignitaries. 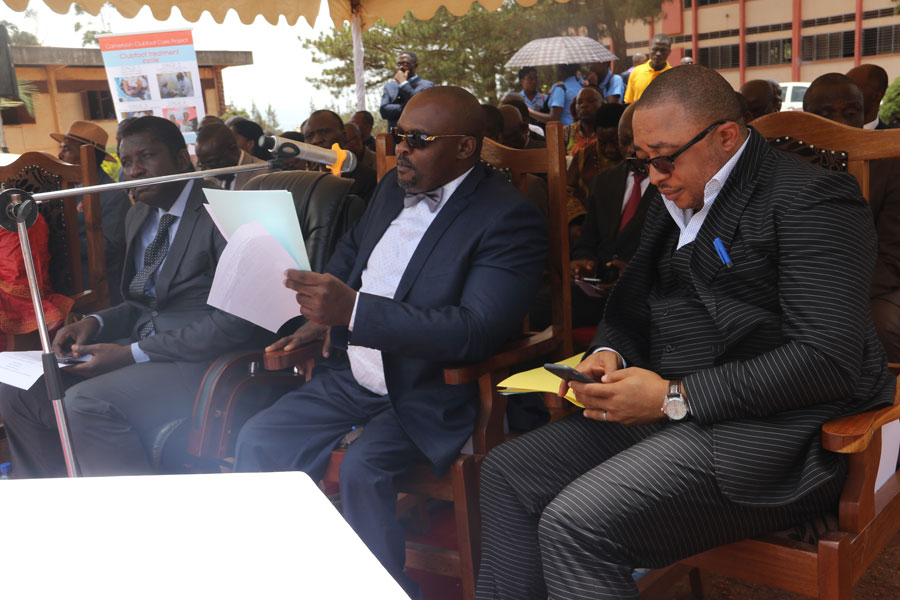 Chairing the inaugural, Mr. Douglas Achingale, Deputy Director for the Rehabilitation of Persons with Disabilities in the Ministry of Social Affairs and Personal representative of Cameroon’s Minister of Social Affairs, commended the CBC Health Services and partners for strengthening public-private partnership with the government in meeting the ‘Education for All Agenda’, and in particular, fostering the education of students with visual impairment in Cameroon.

Drawing inspiration from the United Nations Convention on the Rights of Persons with Disabilities, Mr. Achingale, himself a physically challenged person, said the CBC Health Services and partners are real actors in the implementation of Article 24 (2a) of the said Convention; “Persons with disabilities are not excluded from the general education system on the basis of disability, and that children with disabilities are not excluded from free and compulsory primary education or secondary education on the basis of disability.” 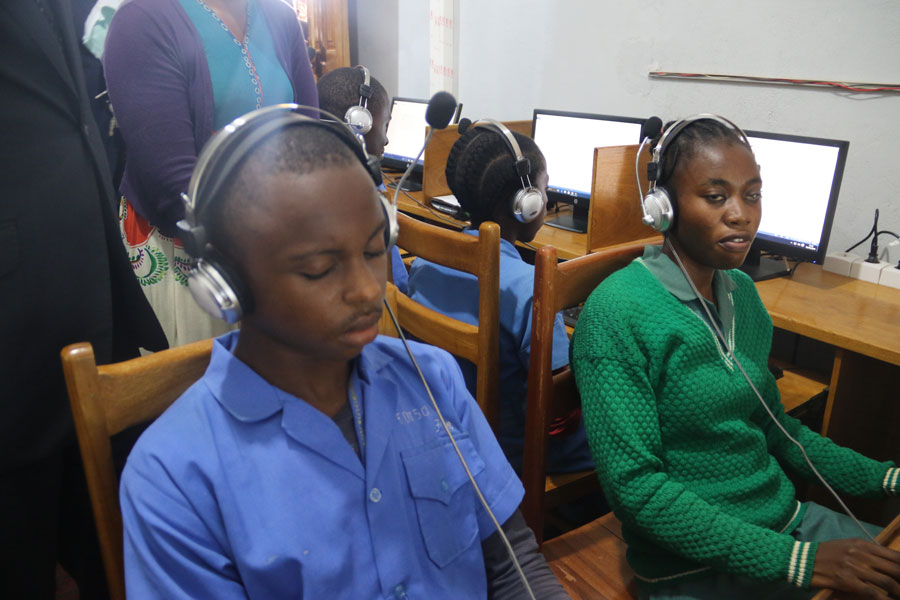 Elvis Wamba Teku, a student with visual impairment at Lyceé Classique de Bafoussam, who has studied along in Braille said, “It was with joy that I [he] received the news of the establishment of a resource center for braille learning in their [our] school. The center will ease studies for me and my peers and will equip us with Information and Communication Technology (ICT) skills, which is what makes one a literate person in this age”.

The Resource Center has computers with speech-to-text software and assistive devices that enable students with visual impairment to use the computer with ease. The computers are constantly connected to the internet to allow for surfing and academic research. 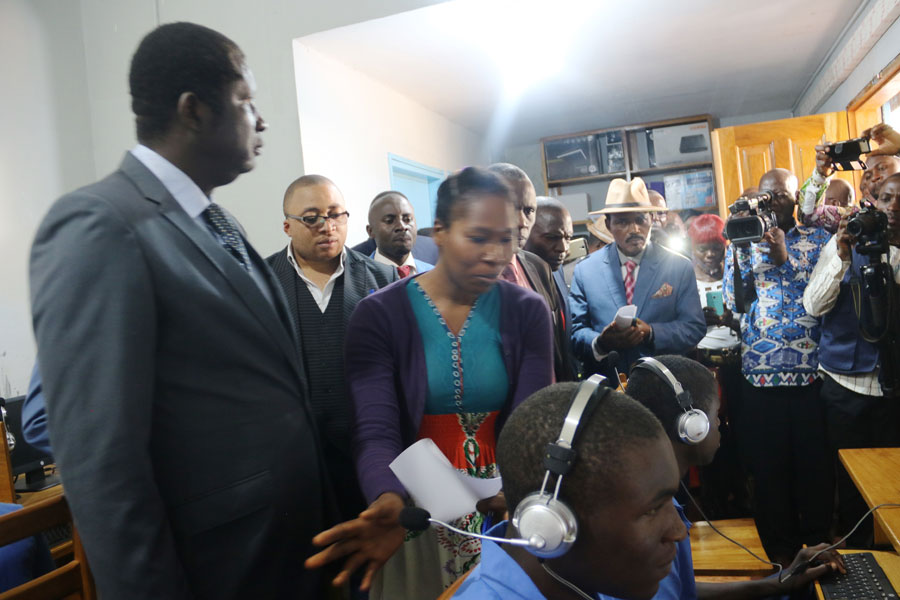 Cutting the symbolic ribbon thereby inaugurating and receiving the center, Dr. Francoise Nganya, West Regional Delegate for Secondary Education and Personal Representative of the Minister of Secondary Education, noted that the center is of capital importance to Cameroon government in general and to students with visual impairment in particular, towards advancing education for all Cameroonians.

He charged the Principal of Lyceé Classique de Bafoussam to make the doors of the center open to all students with visual impairments in the West Region and beyond.

For the center to have seen the light of day, the CBC Health Services and her funding partner Liliane Foundation based in the Netherlands work tirelessly. After realizing such academic jewel, Mr. Wango Barnabas, Assistant Administrator at the CBC Health Services Central Administration and Personal Representative of the Director of CBC Health Services at the inaugural observed that “An equipped resource center with trained staff is not sufficient to guarantee effectiveness, efficiency, sustainability, and the respect of rights, hence the administration of Lyceé Classique de Bafoussam and education authorities in the region must demonstrate a strong sense of ownership and commitment for the attainment of the above mention values.”

On the sidelines of the inauguration, a new van was handed to Centre d’intégration Scolaire Professionnel pour les Aveugles et Malvoyants (CISPAM). The new van will facilitate the transportation of students to and from the Resource Center.