Life in the family of 42 year-old Kwame Desire had not been the same since Mr. and Mrs. Kwame received the news that their children were screened with albinism. Albinism is a rare group of genetic disorders that cause the skin, hair, or eyes to have little or no colour. Albinism is also associated with vision problems. This couple have leaved all their life since after marriage in doubt as to why they will have five children with albinism.

Mr. Kwame recounts the trauma his children brought to his life as an individual and to his family as a whole. “Having 5 children out of 11 with albinism brought a lot of trauma in our lives. After giving birth to the children with albinism, I could no longer bear the pains and stigma of being a father to children with albinism. So I decided to get married to a second wife with whom I he believed could deliver children without albinism.” Explained the father of 11 children. 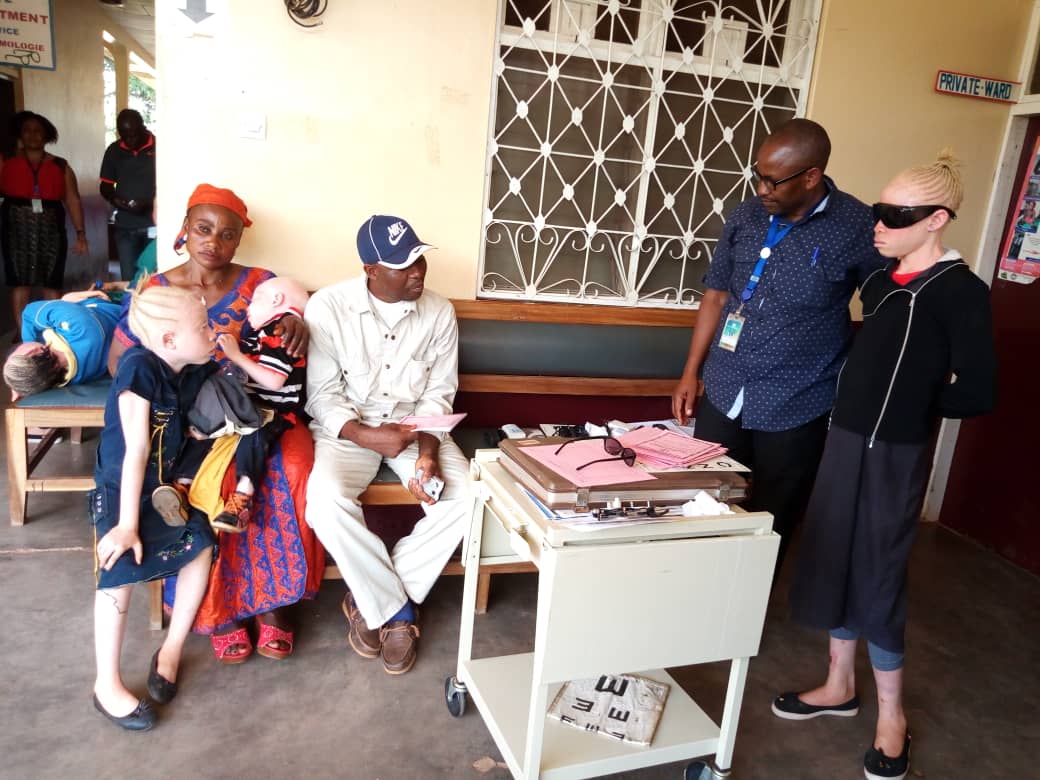 For once Mr. Kwame smiled when his thoughts came to reality as the second wife gave birth to 4 children without albinism. This never completed his joy as he saw his 5 children with albinism struggled through life and suffering with low vision and difficulties interacting in the society.

Mr. Kwame for years has wrestled with questions on the future of the children given their difficulties especially in school to be able to read and write. He has often wondered if the low vision aspect of it can be handled and if it can be handled, it may only be done in big cities like Yaounde and Douala which will limit him from going there due to financially challenges.

“I a farmer and I depend on my children to assist me in my farm work so that we can raise money for their education. Yet with their albinism nature, it is difficult for them to be effective in farming.” Regrets the old man.

It was on a faithful day that the CBR field worker during his field visit to the palace where he created awareness on disability issue, that the Fon quickly referred the 5 children with albinism to Ngounso Baptist Health Center. “When my wife and I learnt of the fact that the situation of our children could be managed, it brought us hope as we anxiously waited for the visit of the Low vision therapist to the Health center.” Corroborated the parents. 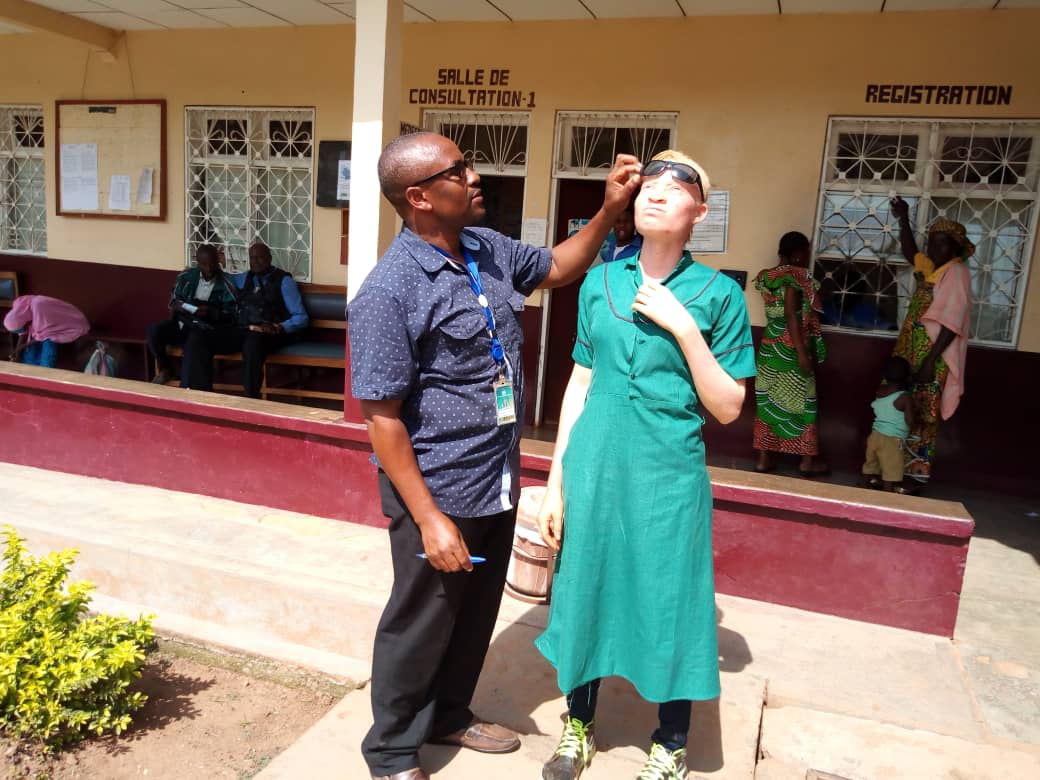 On their arrival at the Ngounso Baptist Health Center, the therapist screened the children and provided them with Filters and Monocular Telescope all low vision devices which were funded by the EDID Program of the CBC Health Services.

Talking to Mr. Kwame after consultation and screening of his children, he was hopeful that with the devices, the children will be able to study effectively like their peers and better function like the other children at home.

Despite the depressed mood these parents and children came with to the hospital, Mr. and Mrs. Kwame left the hospital happy as they could only pay a little token for consultation but went home with very expensive devices. They appreciated the EDID Program for bringing hope to them and their children.

Back to their community in Menda in the Noun Division, Mr. Kwame and his family shared the good news with the community members who immediately referred 4 other children with albinism to the health center.

Living with Visual Impairment; from Misery to Hope CBR Records Fresh shifts to other Regions of Cameroon